4 Tips to Increase Productivity and Income as an MT

3 Tips To Learn How To Personalize Your Home Office 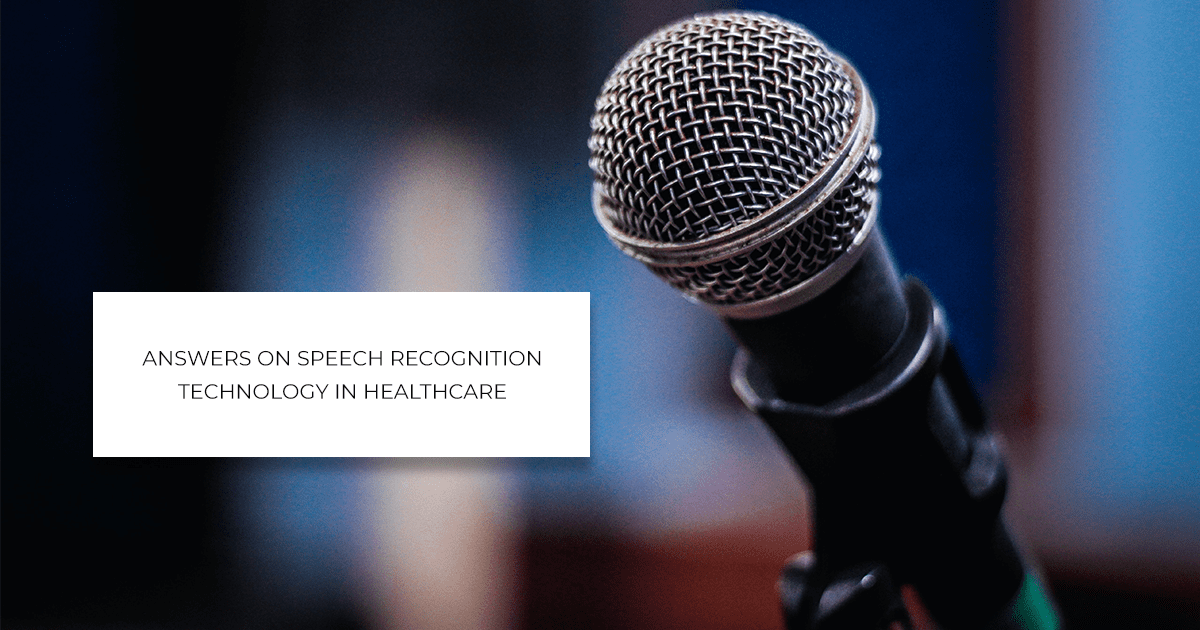 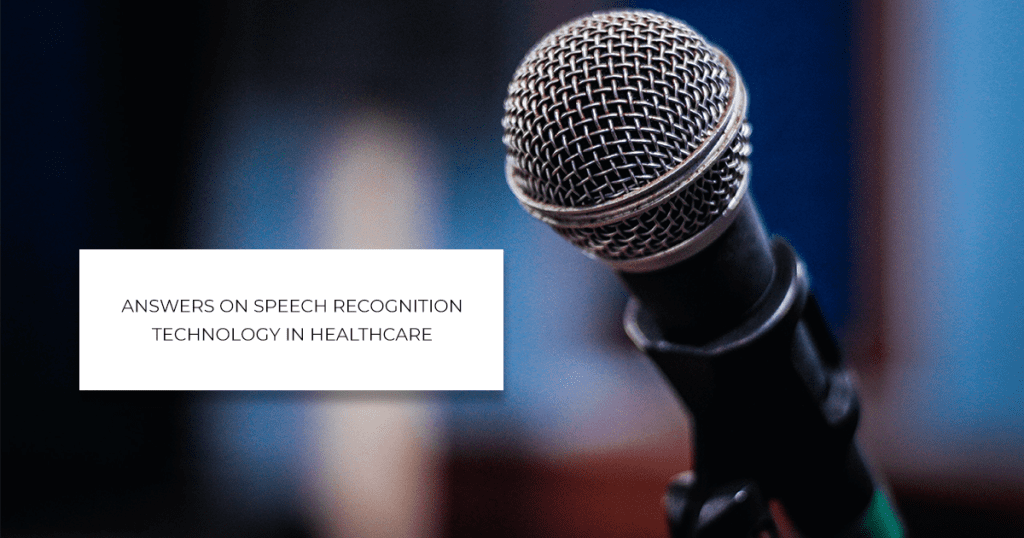 The Truth About Speech Recognition Technology in Healthcare

Anyone who is involved in Medical Transcription/Healthcare Documentation today has heard all about speech recognition technology in healthcare and that it is supposedly taking the MT/HD industry over. Speech recognition technology in healthcare has been around for several decades but it has only been in the last decade that we have begun to fear it for its job-replacing capabilities. But is that really the way medical record documentation will go? Will we all be replaced by voice-to-text applications that can easily crank out hundreds of reports an hour?

This seasoned Medical Transcription/Healthcare Documentation Specialist says an emphatic ‘no’ to that question.

Speech rec, as it is most commonly called, has been around since the 1950s, believe it or not. It started out with numbers because that was simpler than trying to get a machine to understand words. The first system developed by Bell Laboratories was strangely enough called the “Audrey” system (developed in 1952). It recognized digits spoken by a single voice.

Further improvements occurred throughout the 1980s including the Julie doll that could be trained to correspond to its owner. Then in the 1990s, speech rec as we know it came to the masses as Dragon Dictate launched its first consumer speech rec product called Naturally Speaking. From here, the future has just gotten brighter for the techs in the trenches as they have perfected speech rec technology emphasizing less voice training and easier adaptation.

What Does This Mean For MT/HDSs?

That all sounds pretty fantastic for investors but that sounds pretty dismal for the lowly transcriptionist, doesn’t it? I’m here to tell you the opposite! Having worked directly with speech rec for many years, I can honestly say that along with the advent of this new technology has come some of the biggest headaches in the MT/HDS industry. To say that our medical records across the board are in great peril because of this “improved” technology would not be exaggerating.

In fact, critical and major errors within the medical record are on the rise and alarmingly so. Add that to the fact that drug errors are now the third leading cause of death (behind only heart disease and cancer) in the United States. It would seem shocking to think that technology that has been in the making for decades could be at the root of this problem but if we logically think about it, that’s at the heart of the problem.

The Limitations Of Speech Recognition Technology in Healthcare.

Machines do not think. Computers cannot reason and unfortunately for patients everywhere, the software hears what it hears. It cannot reason out that the drug it just spit out onto the page is the wrong medication or the wrong dose. It cannot think if it did not quite hear the word “not” so it left it out. This has now changed a person’s medical story irrevocably and without the slightest bit of guilt because it’s a machine! It does not reason, it does not think, it does not care if it made a serious error or not.

Add to that the fact that it takes literally hours for a voice (a single voice) to train the speech engine to get it right and you can see how intricate this process is. Add to that foreign accents (the infamous ESL dictators that we have hundreds if not thousands of), the dictator who wants to eat lunch or drink his coffee while dictating, or the doctor who dictates at least 100 words per minute and we can all see what a monumental task this conversion is.

If you can imagine talking into your phone and getting it to understand one thing you ask it, imagine hundreds of thousands of words being spewed at a computer and the resulting “frenzy” of algorithms to convert it to text – accurate text.

That’s where the Medical Transcription/Healthcare Documentation Specialist comes in–especially one who is trained in speech recognition technology and understands the ropes. An MTE (medical transcription editor) is worth his or her weight in gold because the simple fact of the matter is that it is far easier to actually type a report out (on paper or on-screen) than it is to edit one. That is an interesting fact not many folks are aware of. The amount of concentration (and critical thinking) that is required to listen to a voice file while editing it is about 10 times more than the concentration and critical thinking necessary to type a report out while listening to it and typing.

Any distractions or any lapses in thinking can result in horrific errors in the medical record, which in turn can be propagated into other records as most health records today are swapped amongst providers like candy. If records are not edited for accuracy, obviously the results can be catastrophic.

Let’s take the Juno case of 2012. An insulin dosage error was generated by a speech engine in the patient’s medical record. This record, even though it was edited by at least 3 different people, made it through with an error to a transferring hospital where the nurse read the chart with the tainted report and administered 80 units of insulin (instead of 8 which was dictated).

The patient developed complications that ultimately killed her. This should illustrate to all of us front and center the importance of having qualified personnel working on medical records, who are not only versed in transcription, but who also understand disease processes, medical conditions, and dosages of medications. Critical thinking skills would have/could have saved this woman’s life.

Don’t misunderstand me as there are many positives about speech recognition technology in healthcare. If you think about all the hands, arms, wrists, and necks this workplace addition can save in terms of decreasing repetitive stress injuries, it’s incredible. The other salient feature of this technology is the cost savings for employers who do not have to staff MT/HDSs to type up the reports any longer.

However, on a recent visit to my own physician who has adopted the electronic health record, on review of my own chart, I discovered 8 errors – one in medication and several in terms of surgeries I had or had not had. For someone who does not have an extensive health history, this was fairly alarming.

I have to ask the question: what are we doing putting together health records and not having people reviewing them on a regular basis? Why are we not making credentialing mandatory for anyone touching a medical record? These are basic tenets that I believe would clean up the healthcare profession and make it safe for us to rely on our medical records to speak for us. If we cannot speak for ourselves, we have only our medical records to do it for us. If those records are not accurate, what are the chances of something life-threatening happening to us? Pretty high in my humble opinion.

While speech recognition may seem like a truly remarkable advance in our lifetime (and I completely agree that it is), we need to have more monitoring of the process and we need to have more hands-on/eyes-on involvement from qualified healthcare professionals. We simply cannot assume once and done when it comes to a medical record. There are lives at stake here and I think that the future is indeed bright for the MT/HDS or MTE who has this specific technological background.

I personally predict that in the future, credentialing will be/should be required and that in turn, wages should be/will be aligned with the knowledge base that will be required for this position. Together, we can ensure accuracy and most importantly safety within the medical records system. I think it starts, however, with all of us personally reviewing our health records and speaking up if they are not 100% accurate. Our medical records speak for us now more than ever. Let’s make sure we have it right!

Did you find our post on speech recognition technology in healthcare and its history and meaning in the industry useful? Follow CanScribe on Facebook for more news, tips, and information!