It is important to everyone at CanScribe that we support our students and graduates, along with our local and global communities. CanScribe giving back to our local communities is truly a part of our core values. CanScribe has an internal donation match project to support our team in their charitable donations. This program matches donations made to charitable organizations as selected by the team member. Below you can learn more about the initiatives CanScribe and its team supports. 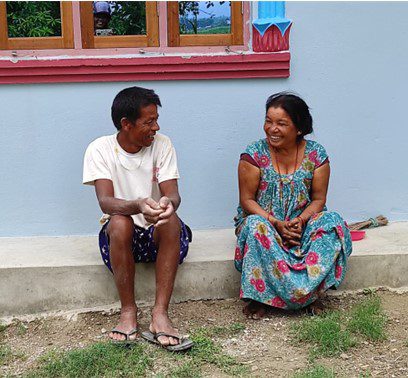 Mrs. Raj Kumari Chaudhary is a member of the Parivartan Mother Group. She joined the mother group in 2008. She has two sons and a daughter. Raj Kumari's eldest son is married and has a 24-year-old son.

Raj Kumari was renting a home for her family. Her daughter, Miss Riya Chaudhary, was supported by HI (Humanity & Inclusion) for education before Raj Kumari joined the mother’s group.

After joining the Parivartan Mother Group, she began to attending monthly meetings to learn about starting her own business. She began to share her stories and the difficulties that she had staying in this rented house. All of the Group members decided to work towards owning their own houses rather than renting.

Raj Kumari started her first business with a goat that her daughter had received as part of HI's support iniciatives. This helped the family stay at home and work as goat farmers.

Now her daughter is working as a student program coordinator at the C.P. (Creating Possibilities) Nepal. Her eldest son has gone abroad with these small business loans from the Unako cooperative. Now, both of her sons have jobs and Raj Kumari is able to build an amazing life for herself and her family.

Raj Kumari says that, “My daughter, Riya Chaudhary, has always supported me in managing home loans, and planning and making arrangements for the Puja for the house and every way. So, I would like to sincerely thank all the supportive hands who have always loved me and my family.” 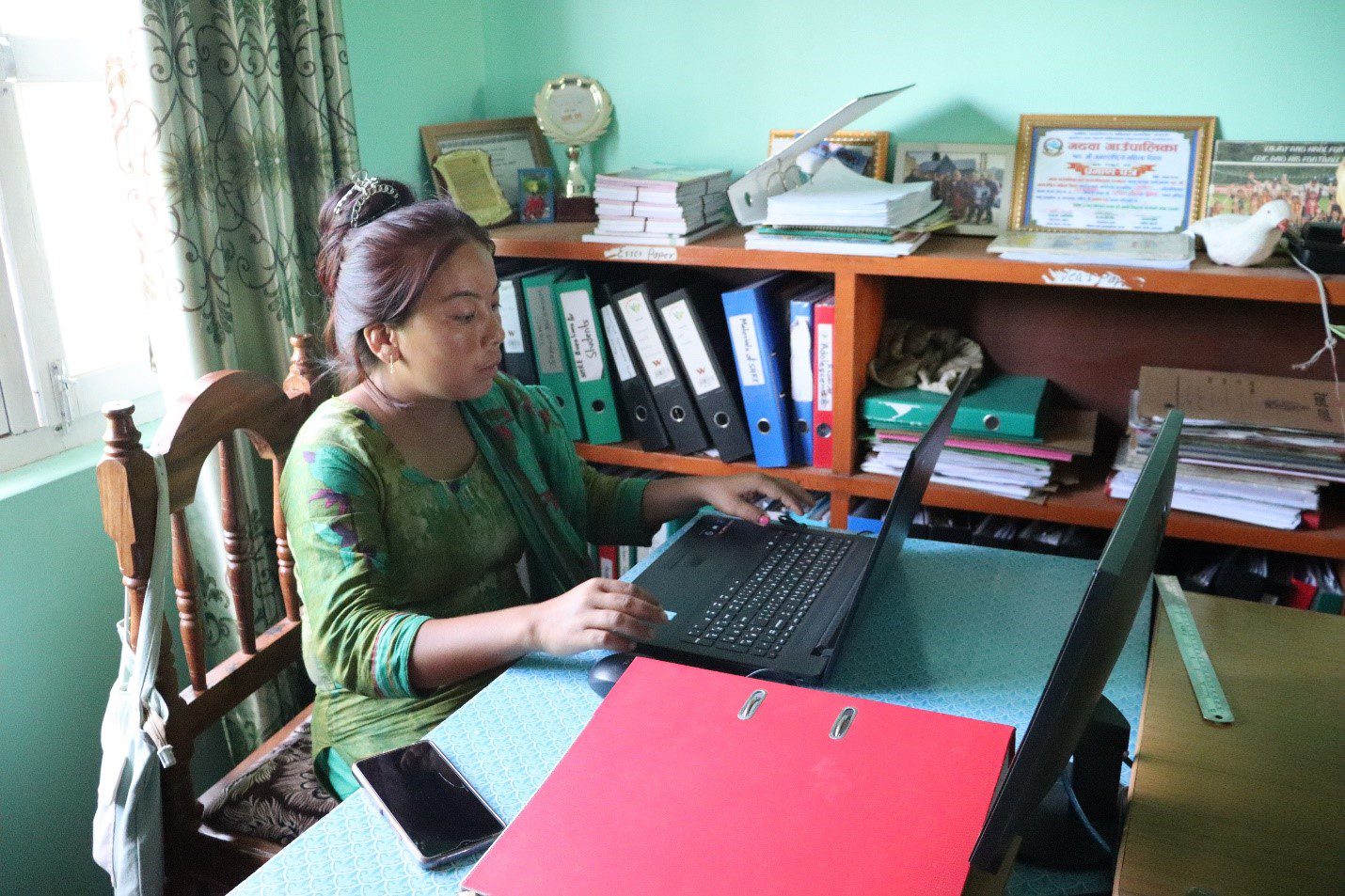 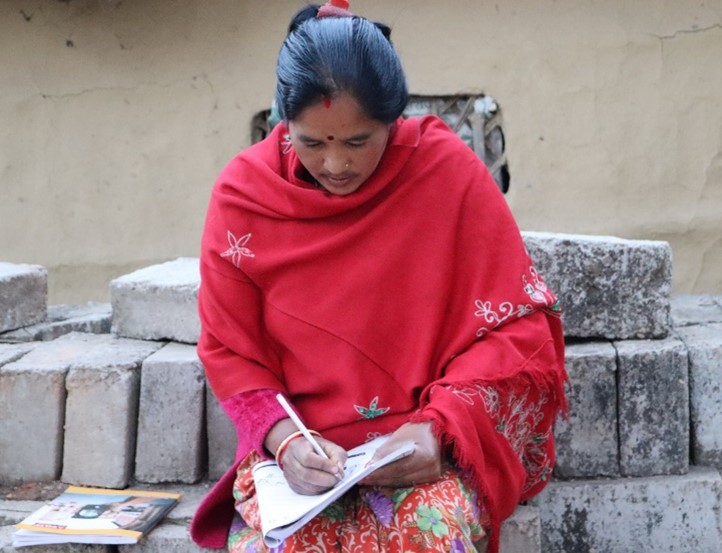 Chameli Chaudhary is a member of Indreni Mothers' Group. She is also ex-Kamlahari (ex-indentured slave). The family moved back to Nepal from India, and with the help of HER and Creating Possibilities Nepal, her daughters can regularly attend school. Chameli, who joined the mother group in 2013, also takes literacy classes.

With the help of a micro-loan she received through CanScribe, Chameli is able to raise pigs and make local alcohol. Her business has allowed her family to stay in Nepal, which makes them very happy. If not for this opportunity, the family could not survive in Nepal and they would have had to return to India for labor work.

Chameli is proud to say she is an active businesswoman.

In May of 2021, CanScribe donated $2,500 in support, or 238,178.60 Nepalese Rupees to assist approximately 125 families purchase rice, lentils, cooking oil, and salt. Nepal has been hit extremely hard in the second waive of COVID-19. With a stay-at-home order in place, this donation is designed to help these families in need stay at home, and stay safe. 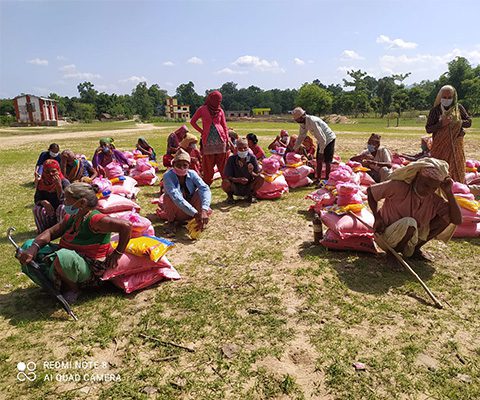 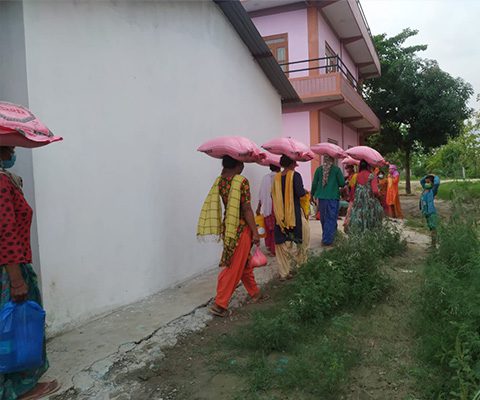 In April of 2021, CanScribe provided support and food hampers to 100 families in need, in Pakistan. As the COVID-19 pandemic in full swing, this donation is aimed to help those most in need. 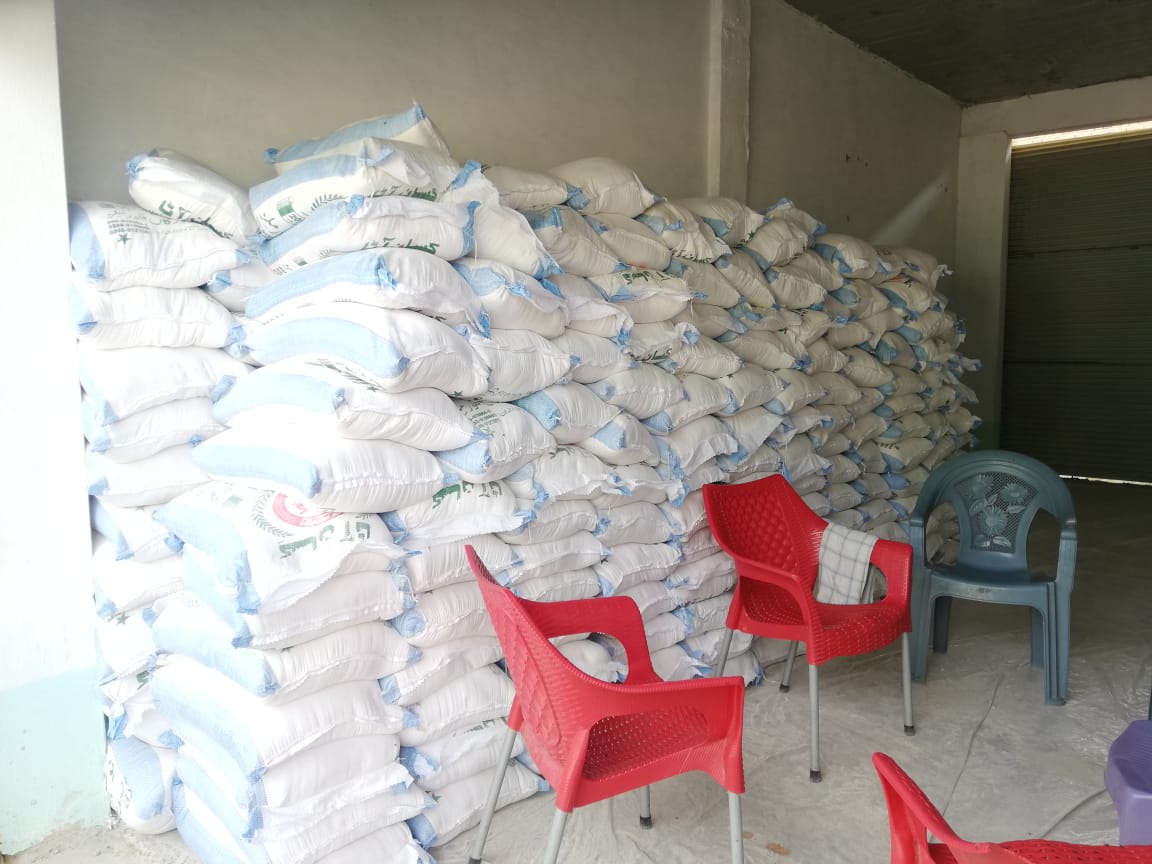 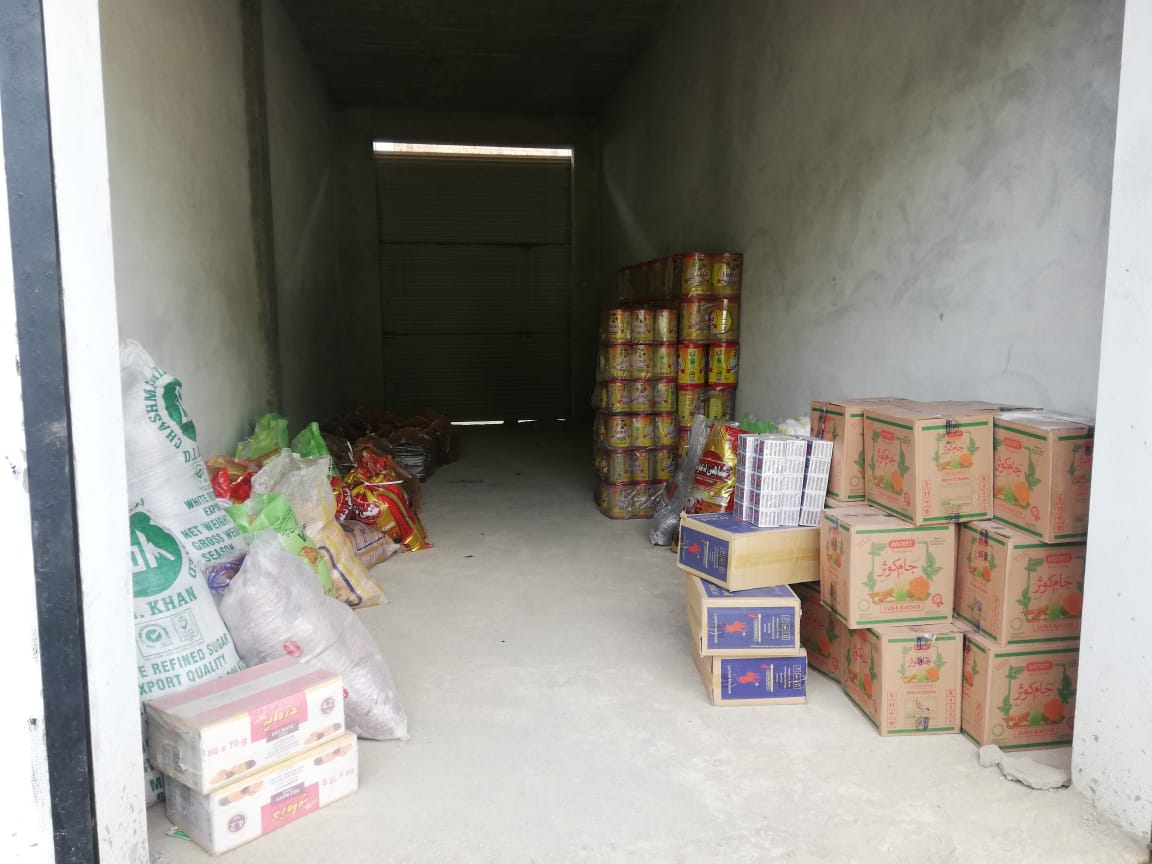 How Our Organization Gives Back

CanScribe supports Her International, an organization that helps women succeed in many areas from business, to education, and learning. Below are some images of a school that was built in Nepal, with the help of many generous donors and volunteers, including our own CEO, Colleen Chapman, and our Curriculum Development Manager, Jamie Podmorow. CanScribe also supports Her International's microloan project to assist women in starting their own businesses in Nepal. 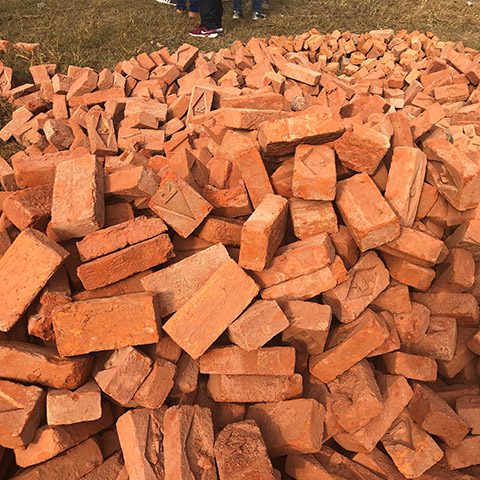 Donations for this amazing cause came in a different format than cash. People can purchase bricks to be used in the construction of the new school! 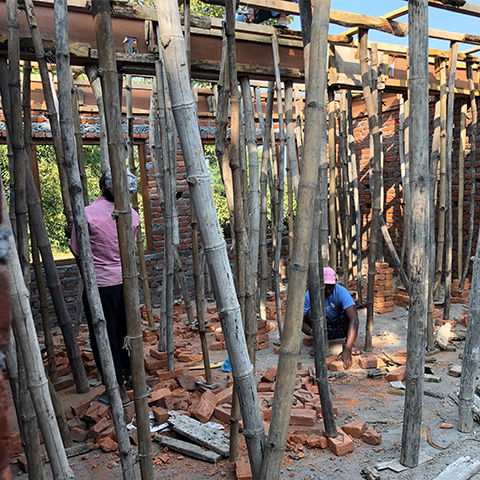 In the middle of the school's construction, bamboo is used to hold the roof and walls up. 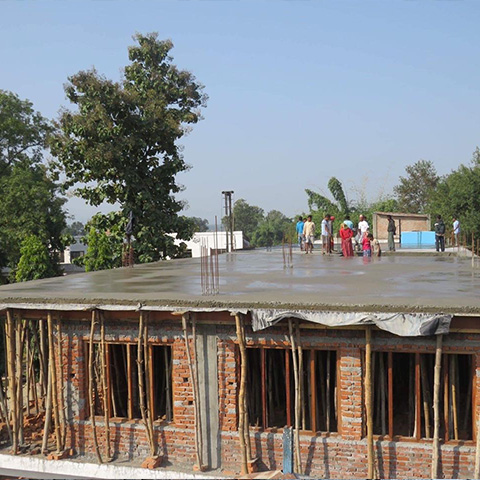 Here you can see the roof drying. The school is almost done at this point!

Annually, CanScribe supports its own Random Acts of Kindness. Over the years this has come in many different forms. Most recently, during the pandemic, each team member was tasked with surprising a random person with a large cash donation. Some people left $100 tips for a $20 meal, others anonymously paid for other's groceries at the store. This program created internally is to support our local communities across Canada.

Who Our Team Gives Back To

CanScribe's donation match program has been in effect for years. Here are some of the amazing donations our team members every year!
Apply Online
0