Career Options for Military Spouses – The Ever Growing Predicament 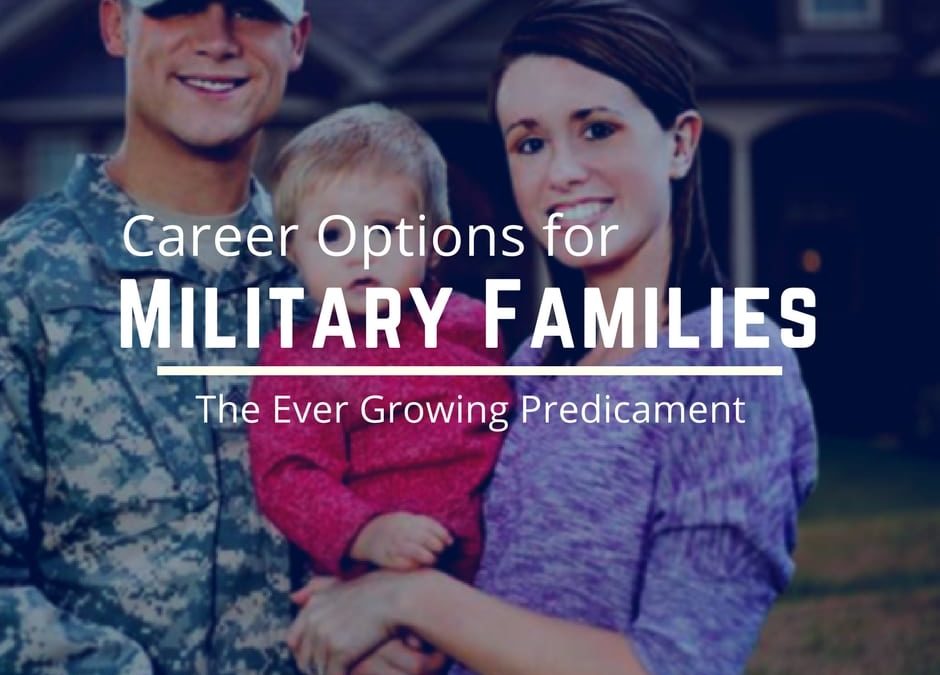 Two years ago, Capt. Lucas Frokjer, officer in charge of the flightline for Marine Heavy Helicopter Squadron 463, reunited with his family after returning from a seven-month deployment with HMH-463. The squadron arrived at Hangar 105 on a sunny September afternoon. They were welcomed home by a large crowd of family and friends. The squadron was replaced by HMH-363 who deployed to Afghanistan in August in support of Operation Enduring Freedom.

For most military families, deployment is a reality, making it difficult for military spouses to find permanent employment. A study conducted by Defense Research Development Canada found that almost half of Canadian Forces personnel believed that the demands of the military interfered with spousal employment prospects. For spouses currently in the workforce, the study also found that almost half of spouses reported that their employment has suffered as a result of Canadian Forces personnel being away for military service reasons.

When I heard about the predicament of career options for military spouses, I immediately decided I would contact one of my High School friends. Meet Shaun. Shaun joined the military out of high school and has since had a family. He is also constantly moving from location to location around Canada for each phase of his military career. I decided to ask Captain Shaun Fevens a few questions to better understand career options for military spouses through the eyes of his wife Lana. Here is what I discovered.

Employers are hesitant to hire spouses of military personnel. Especially for professional positions like a teacher, early childhood educator (Lana’s degree), dental hygienist, and on and on. “Naturally Tim Hortons and those types of jobs are not too concerned about losing people, but I’m sure I don’t need to say much about wanting or needing to work there” says Shaun.

Spouses worry about furthering their education because the qualifications of the job may change from province to province. Shaun states “the education she may take in Ontario may not be the same qualification she would need in Nova Scotia or Alberta. Let alone a job that fits that education available.”

Military personnel are choosing to leave the forces due to how difficult finding a career can be on their spouses. I asked Shaun if this was true. He replied, “yes I personally know people who have left the Forces so their spouses can pursue a full-time career.”

So is there a solution? My final question for Shaun was “what would a portable job mean to someone like Lana?”

The response? “A portable job would be amazing. Not having to worry would bring a massive peace of mind to both Lana and I. It would also make future financial planning much easier.”

CanScribe understands that spouses of military personnel often have a very difficult time supplementing the family income due to frequent moves, lack of flexibility in employers’ hours and remote locations. Working at home can be a dream come true for many military families.

As our way of saying thank you for your family’s service, we are proud to offer two annual $1500.00 scholarships exclusively for military families. Interested in applying? Applications are due February 28, 2017. Click here for more information.